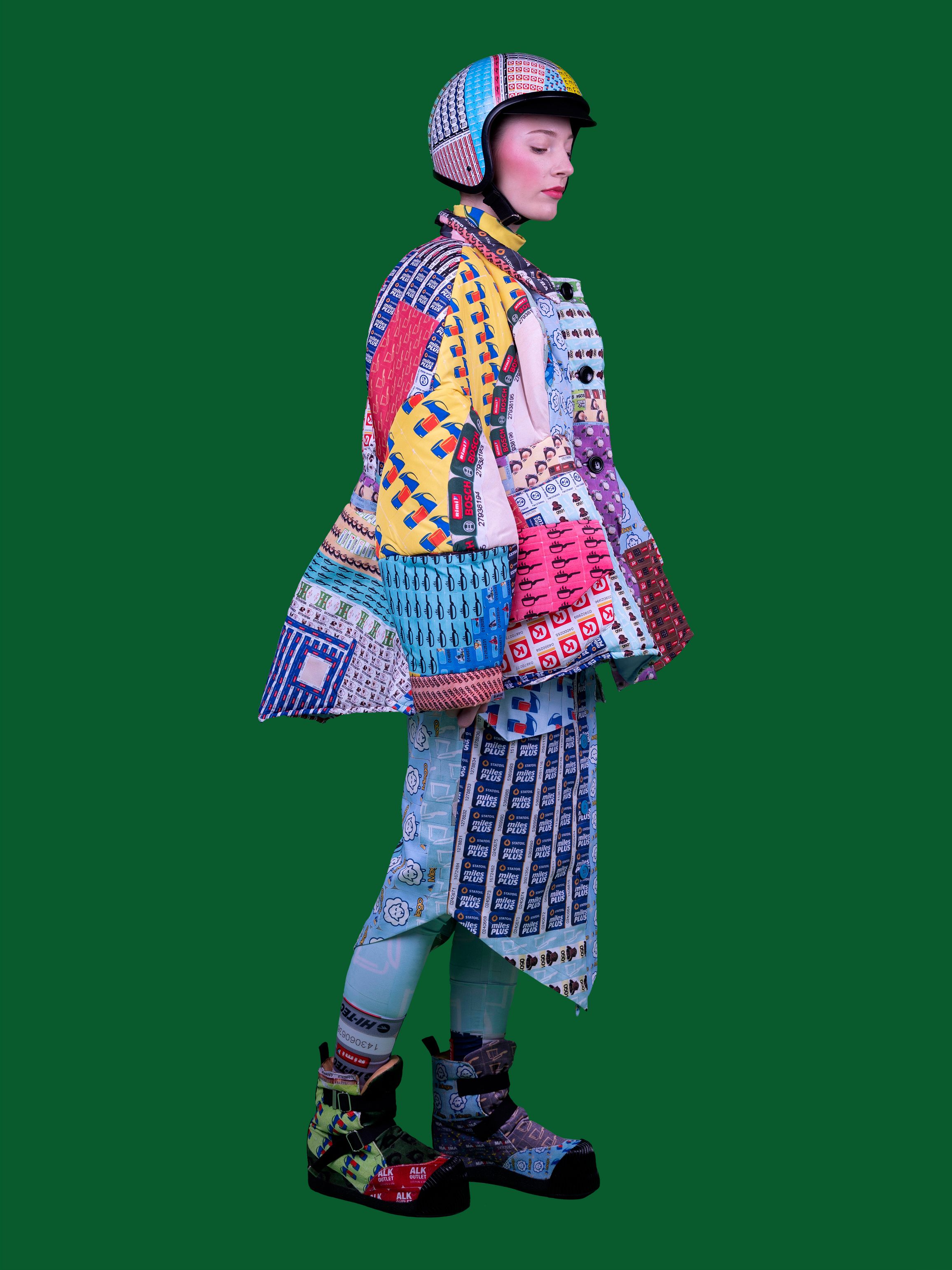 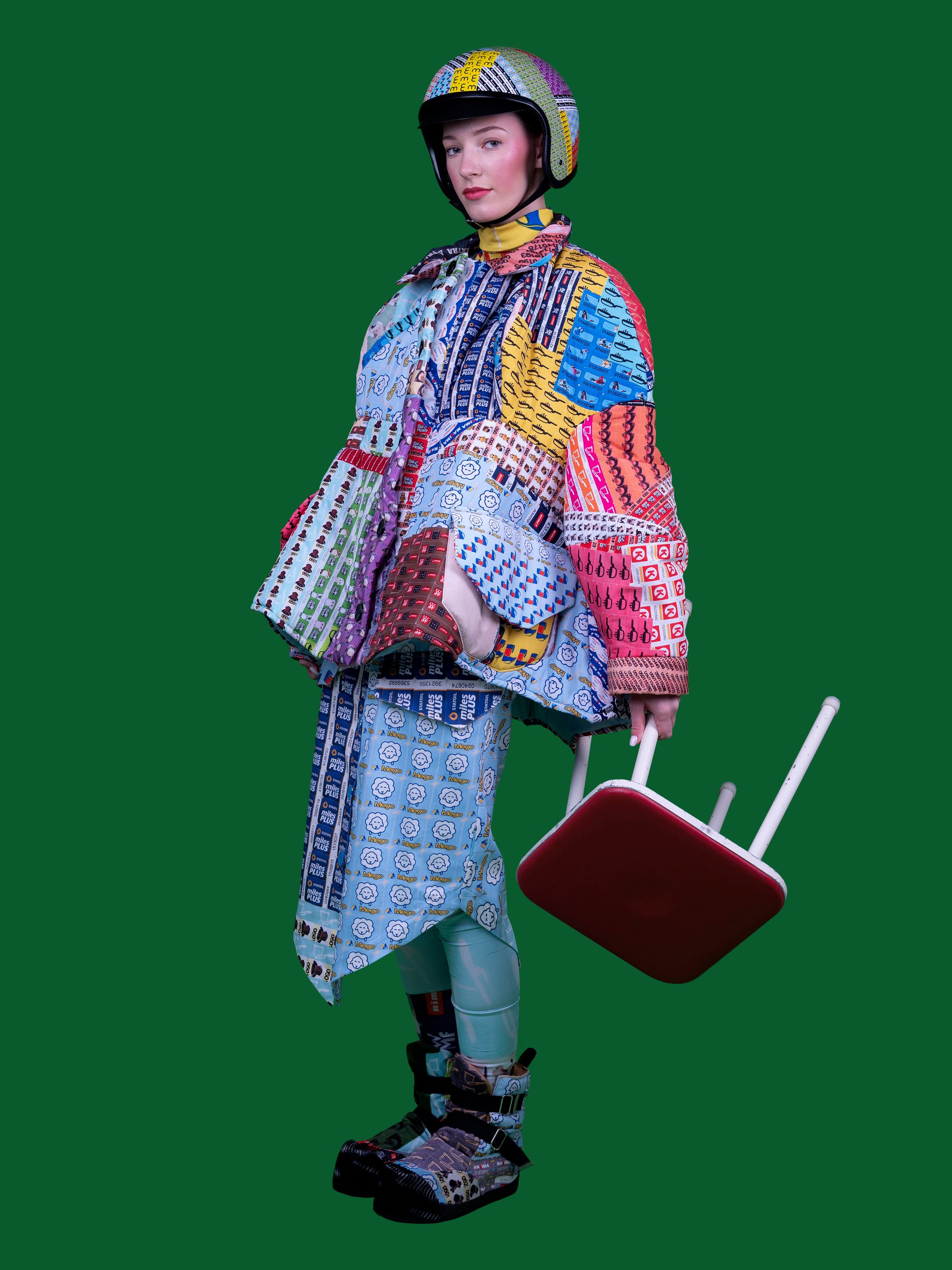 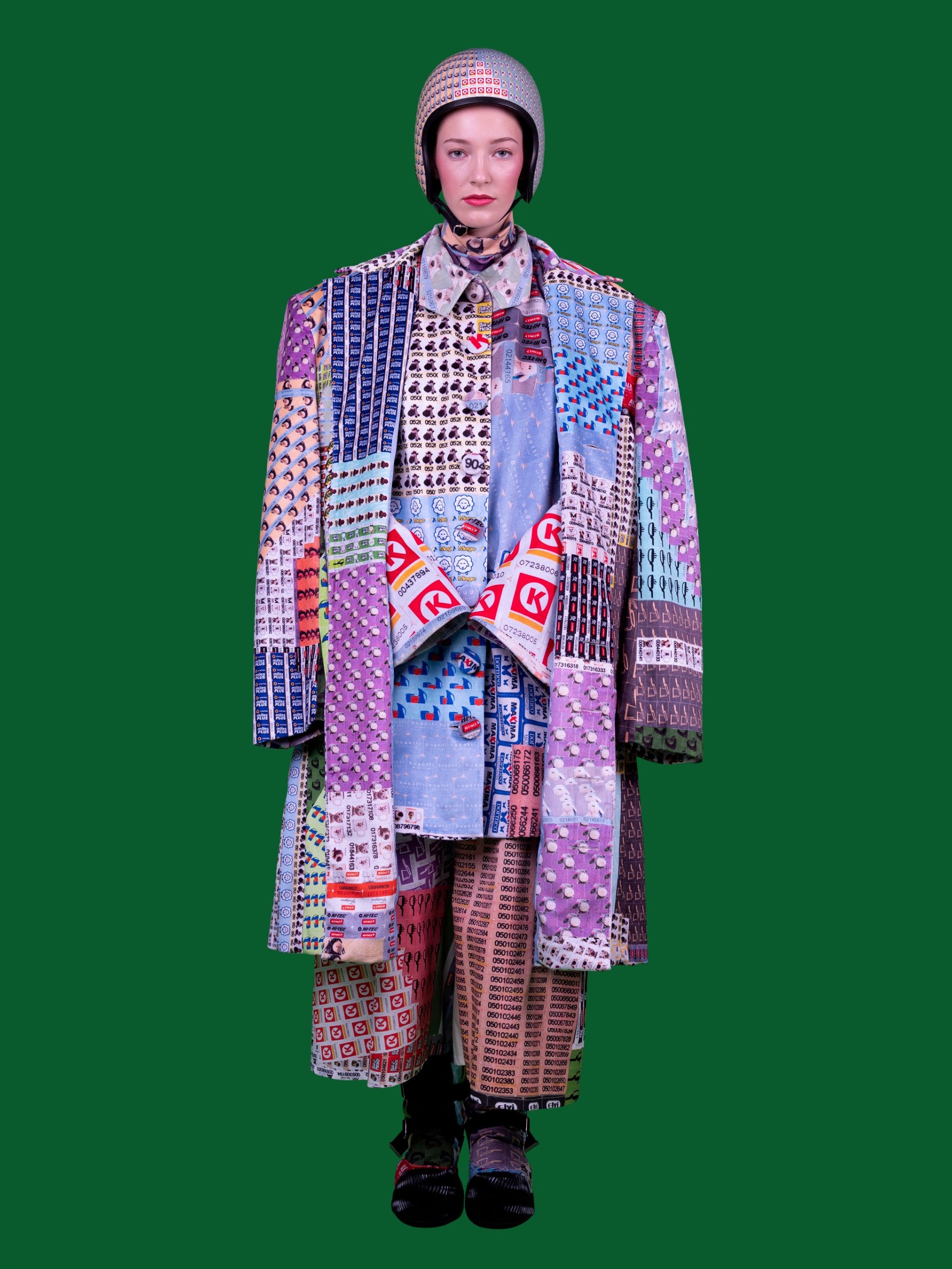 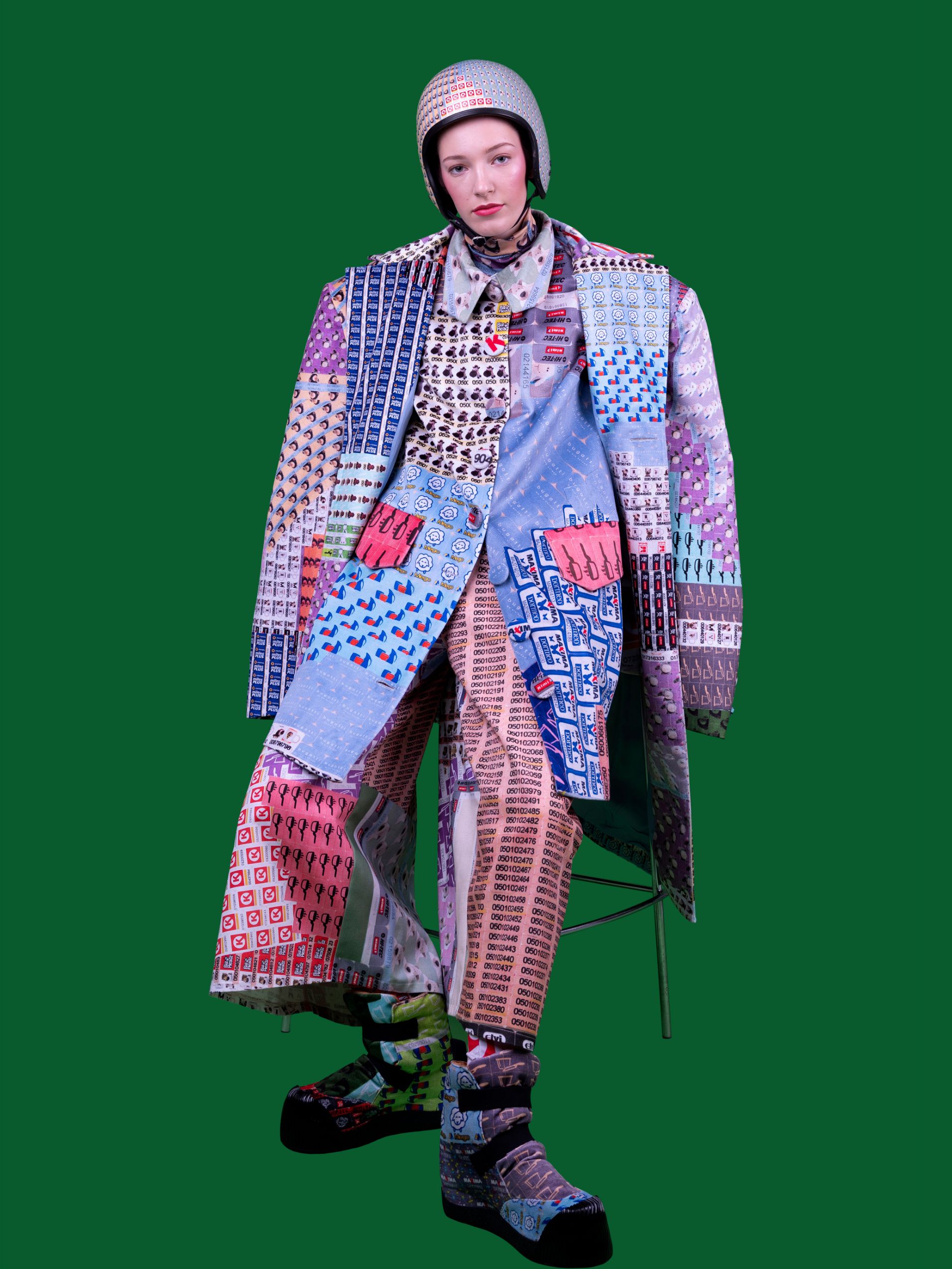 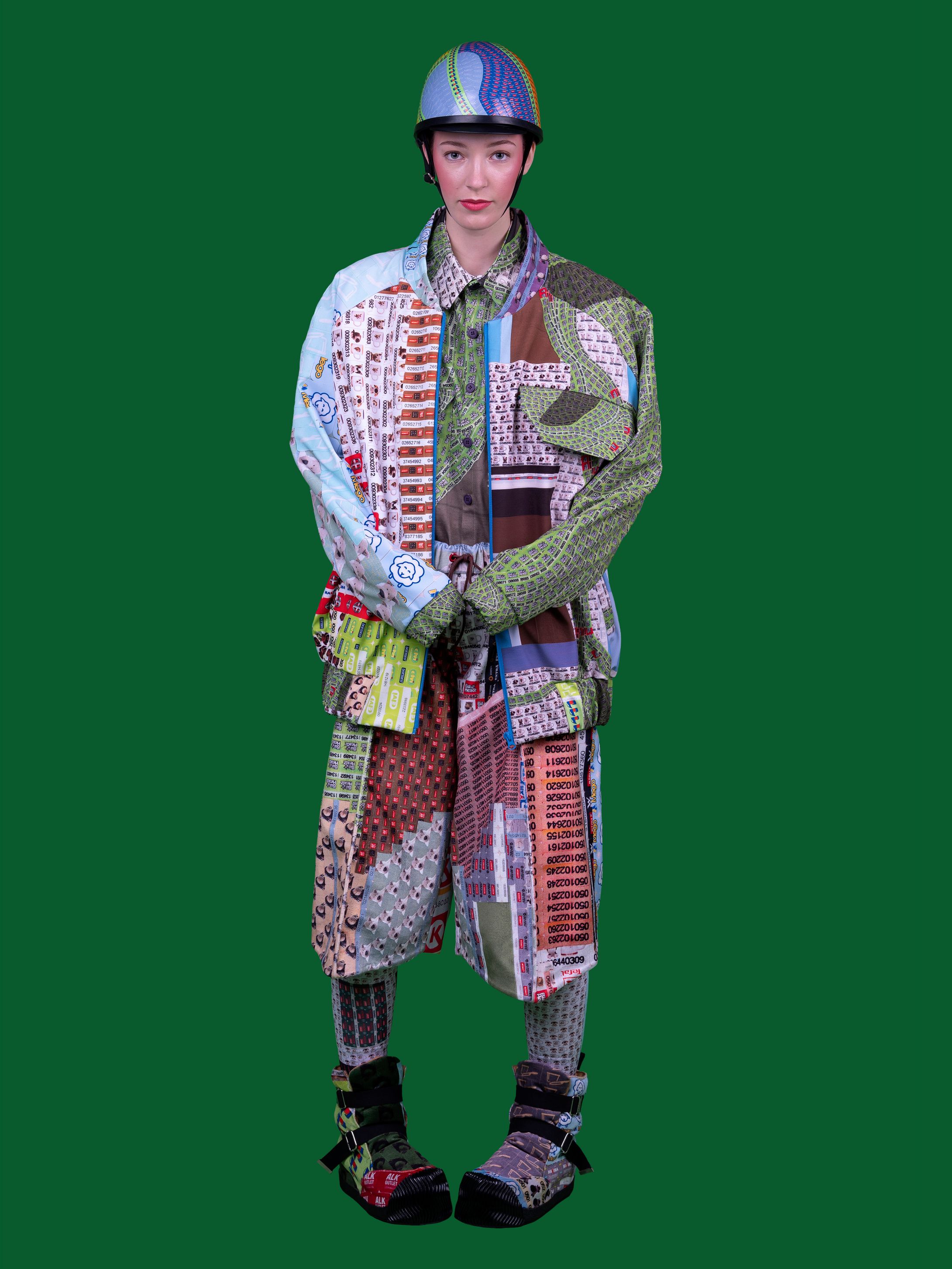 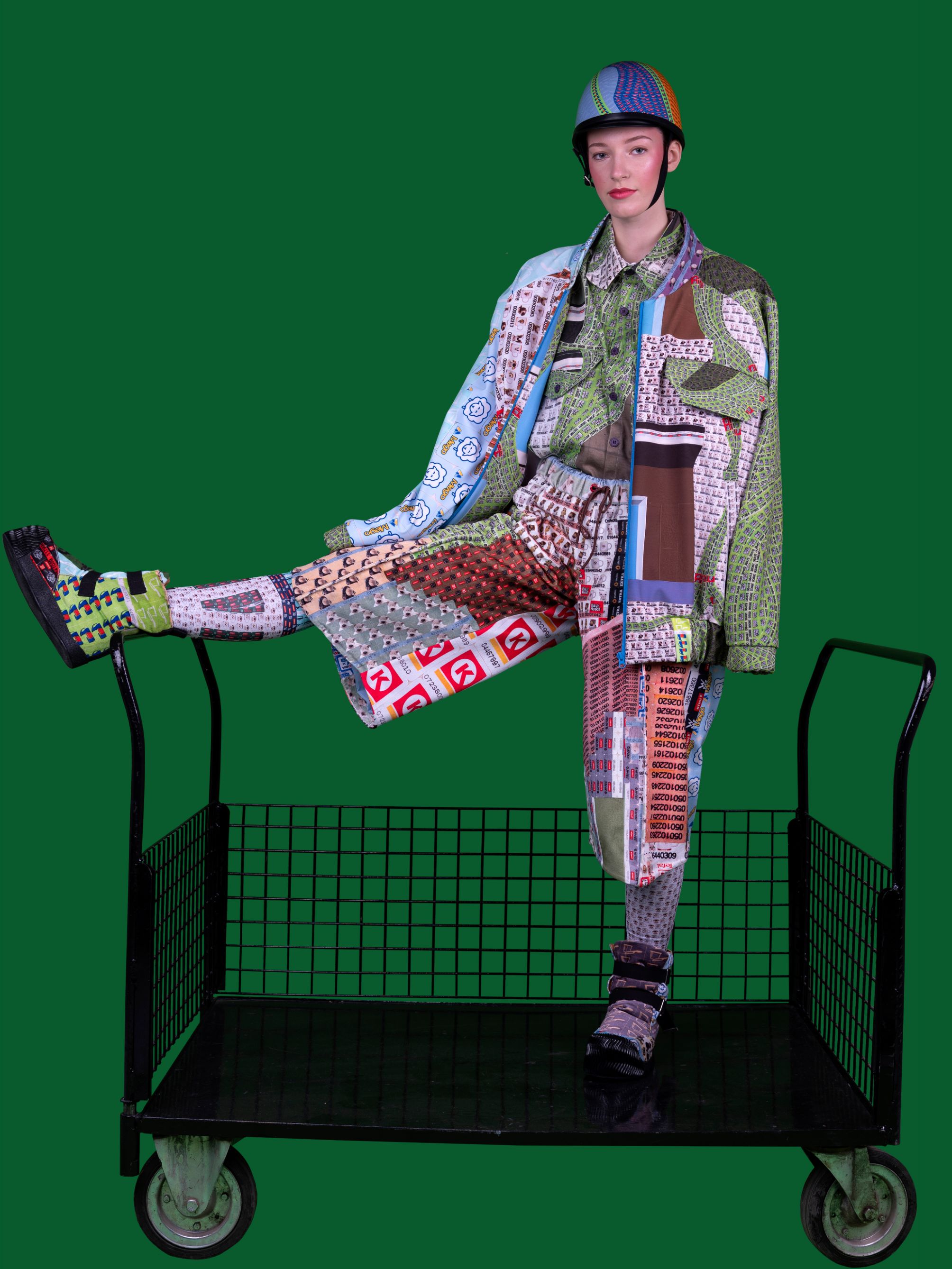 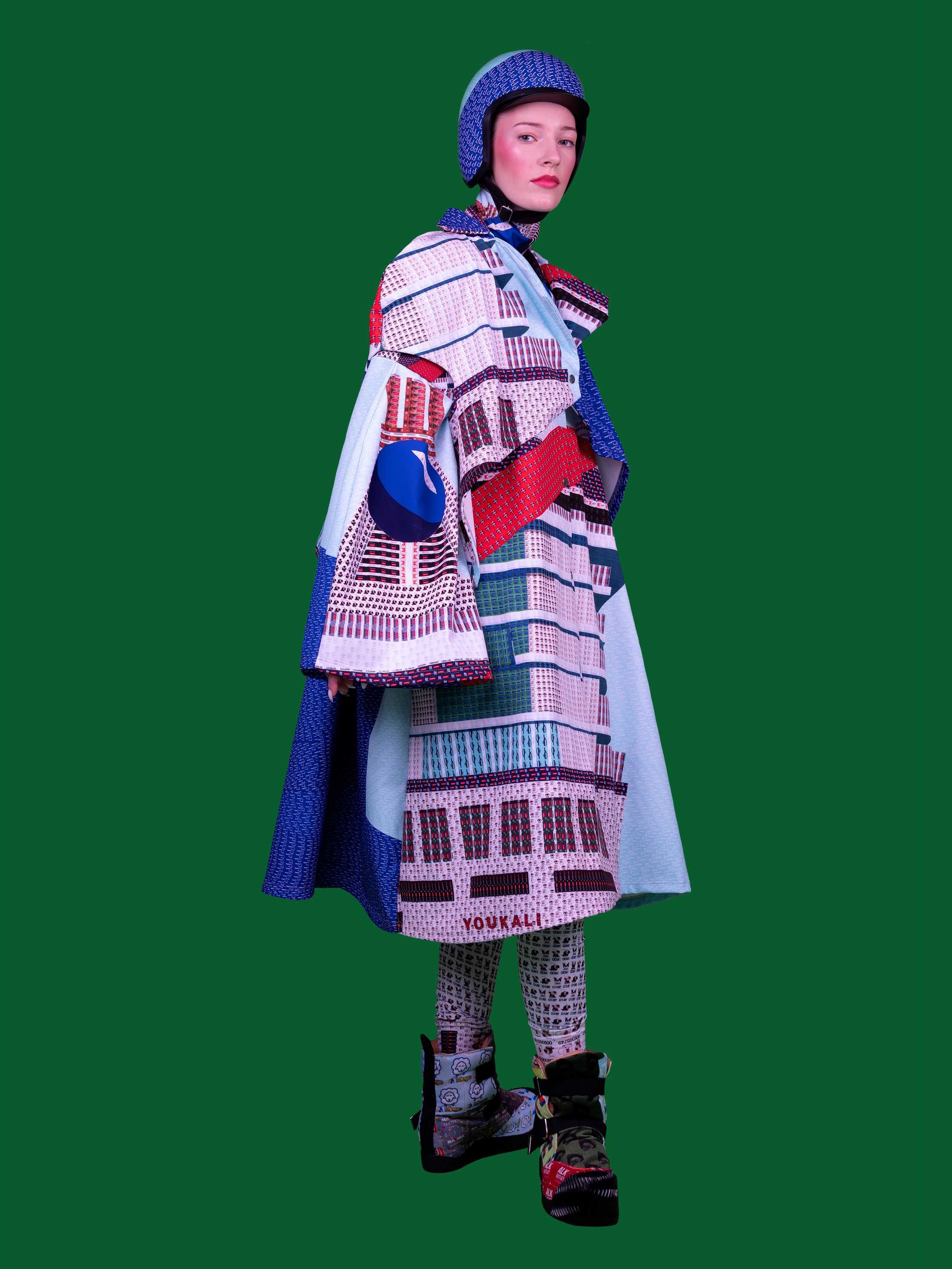 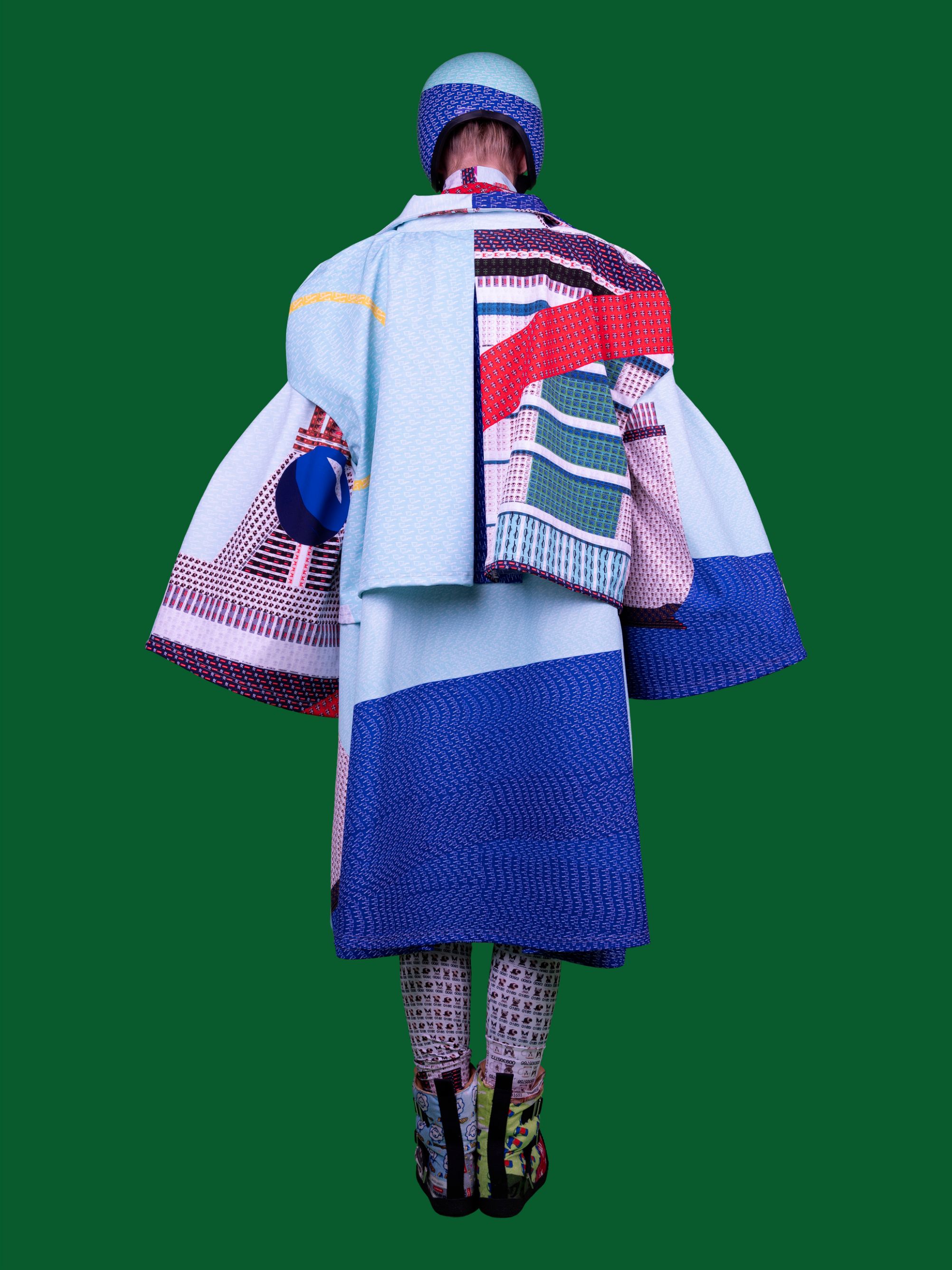 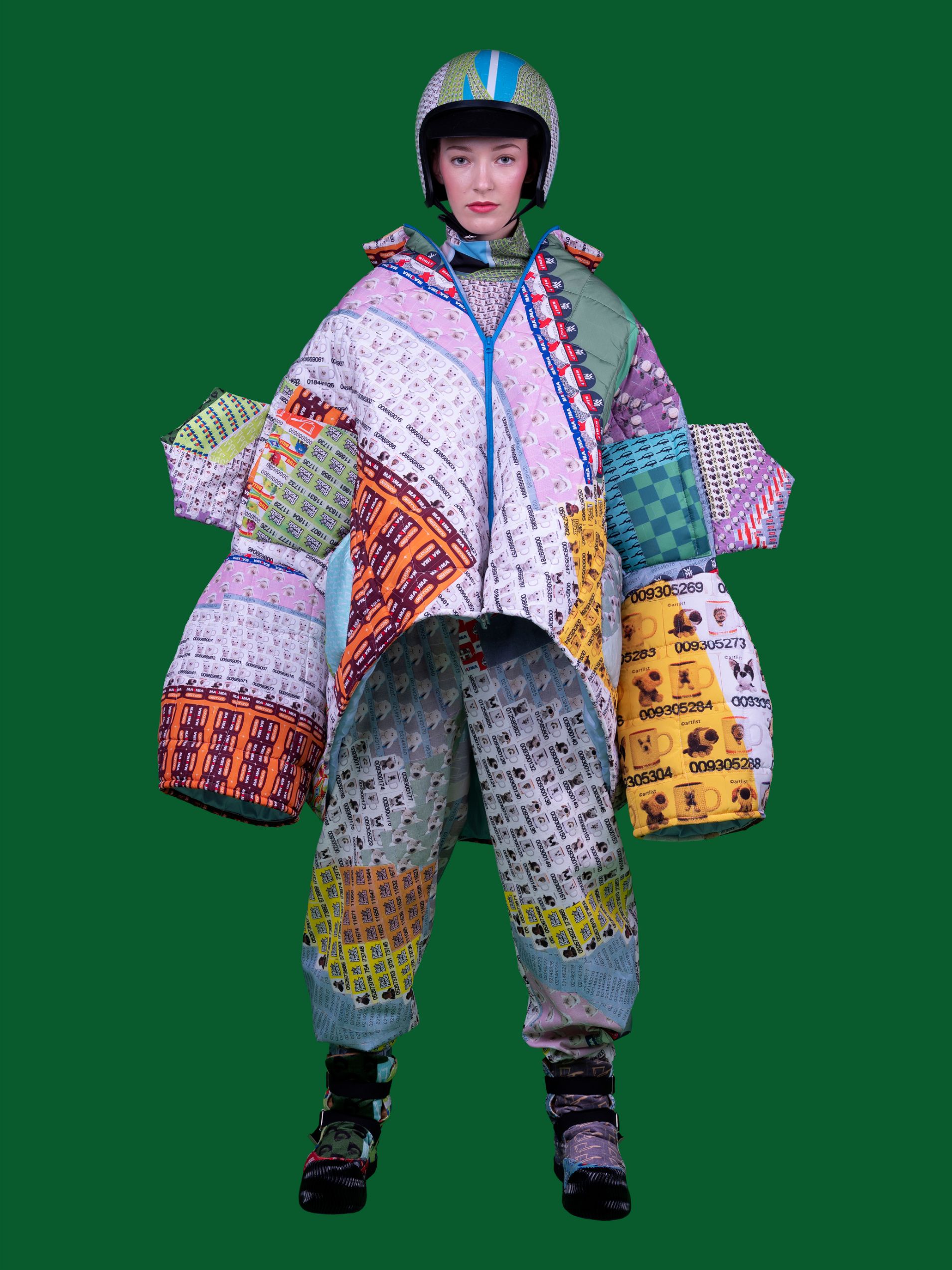 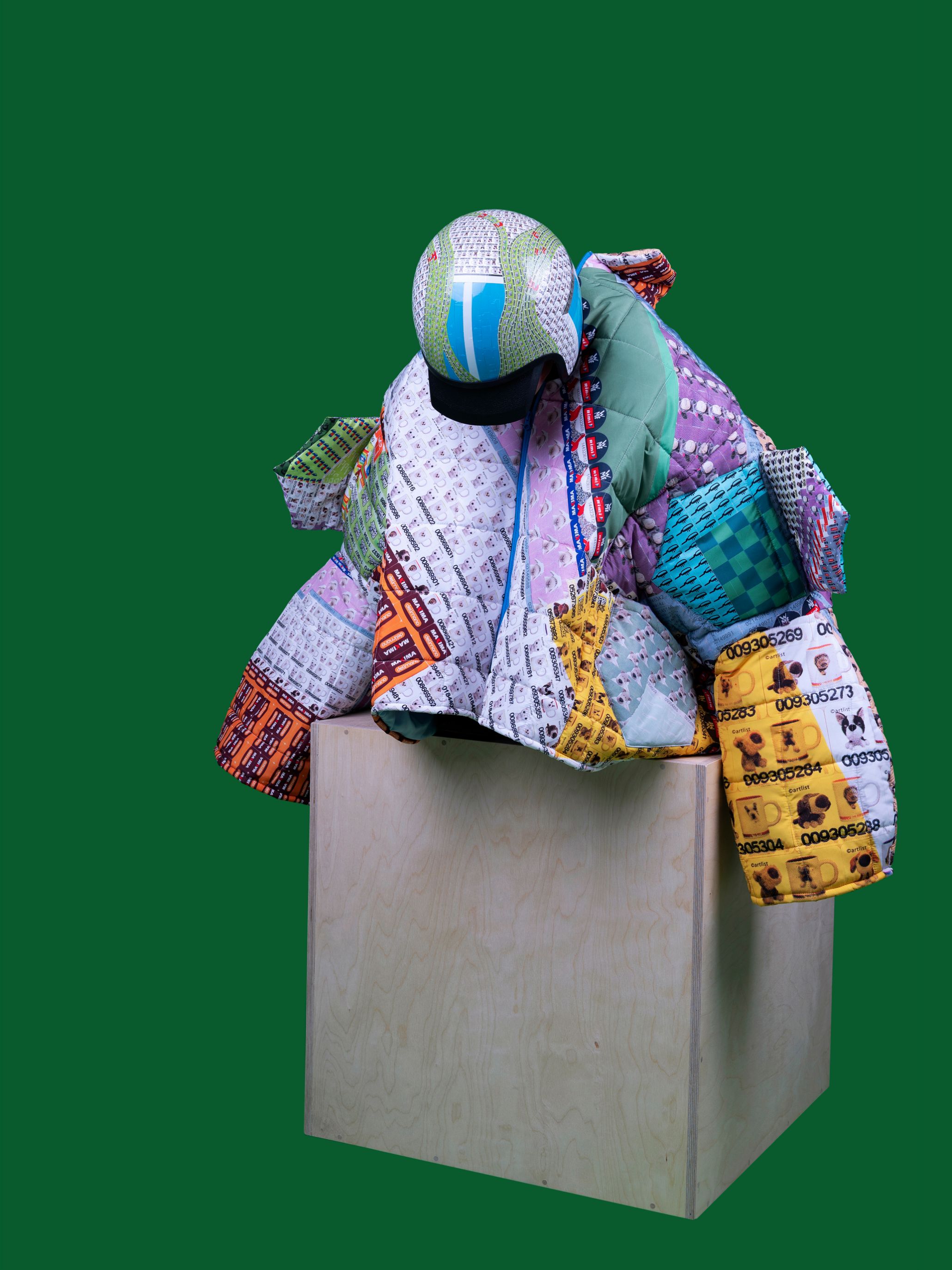 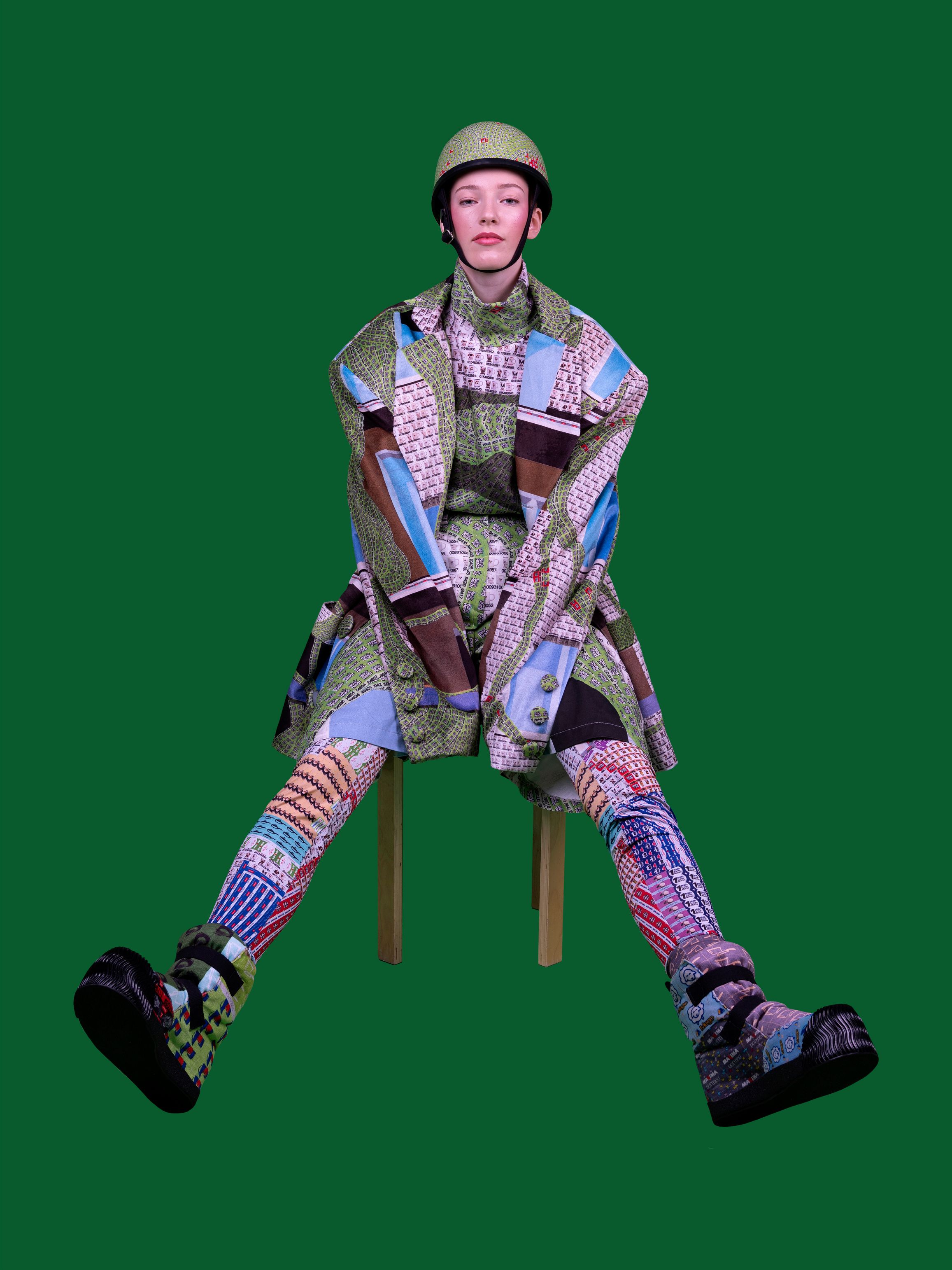 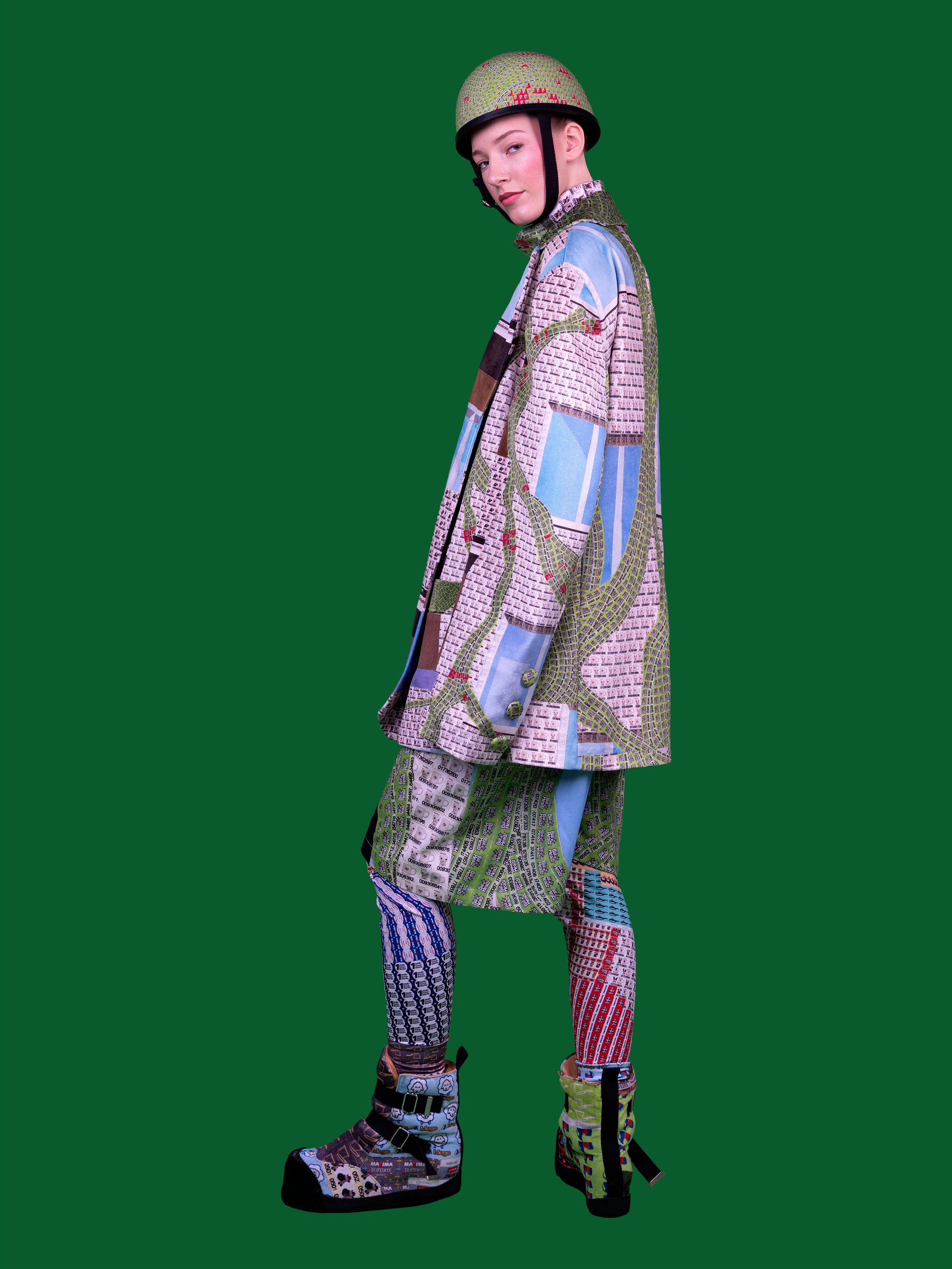 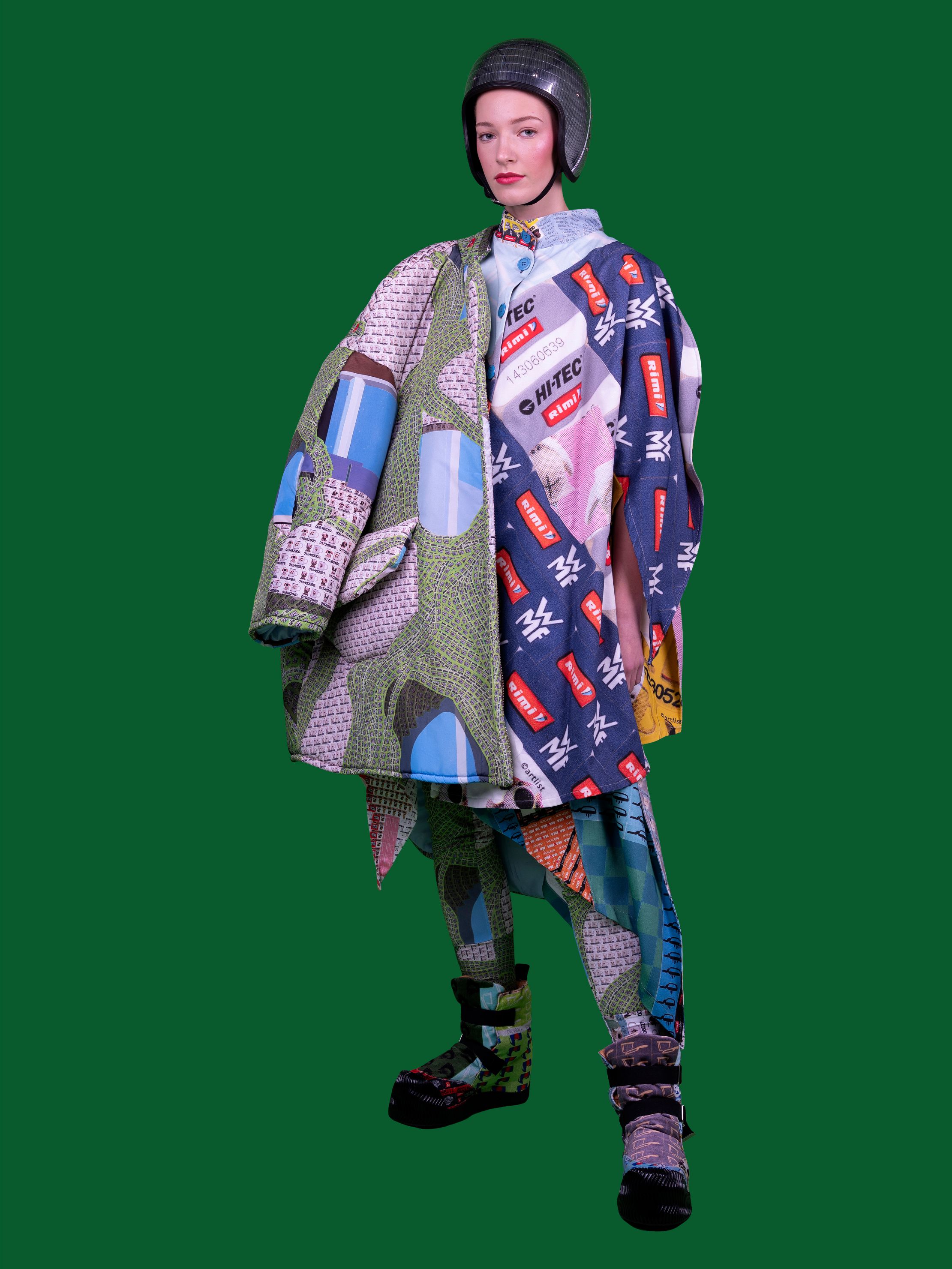 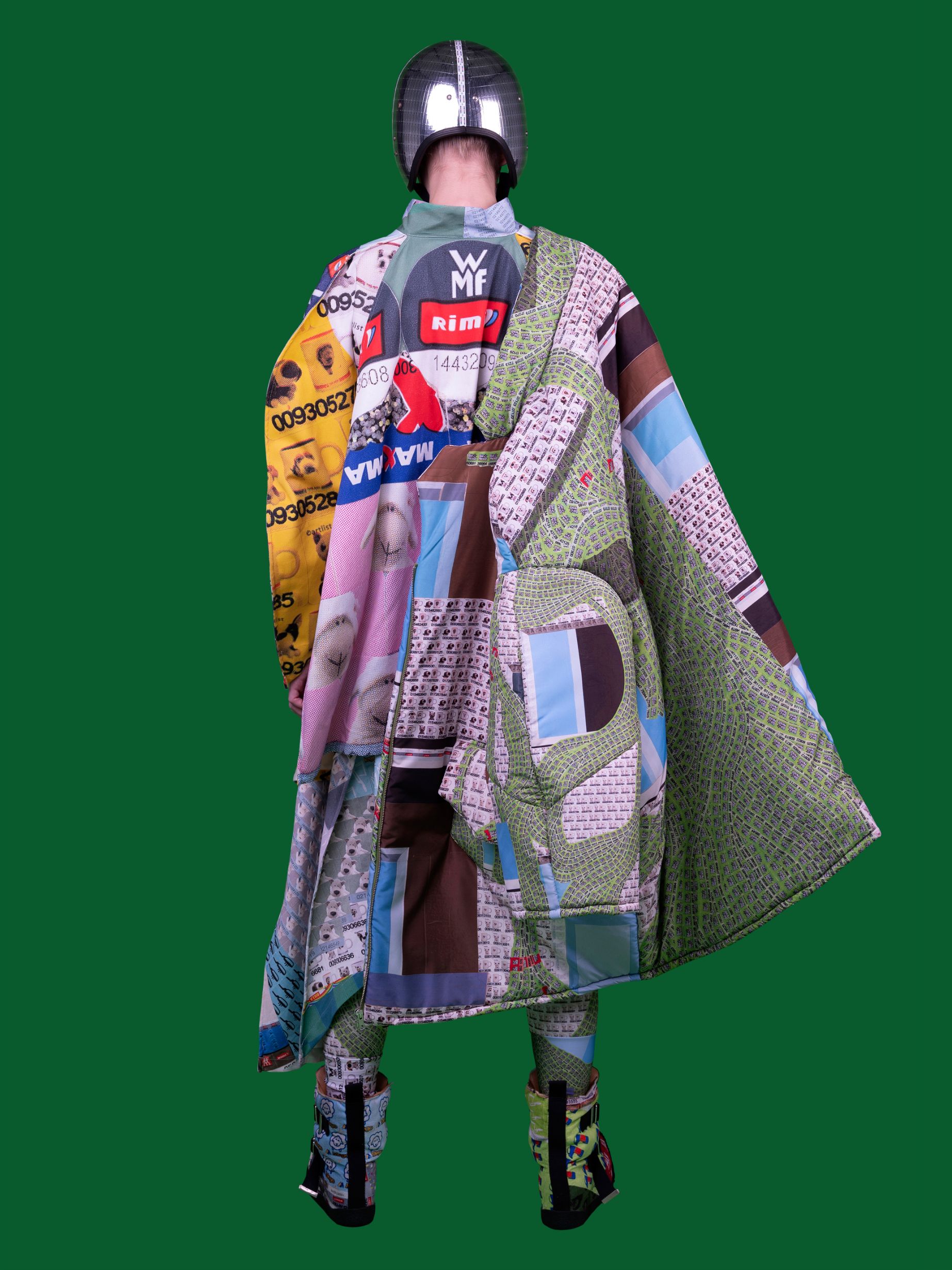 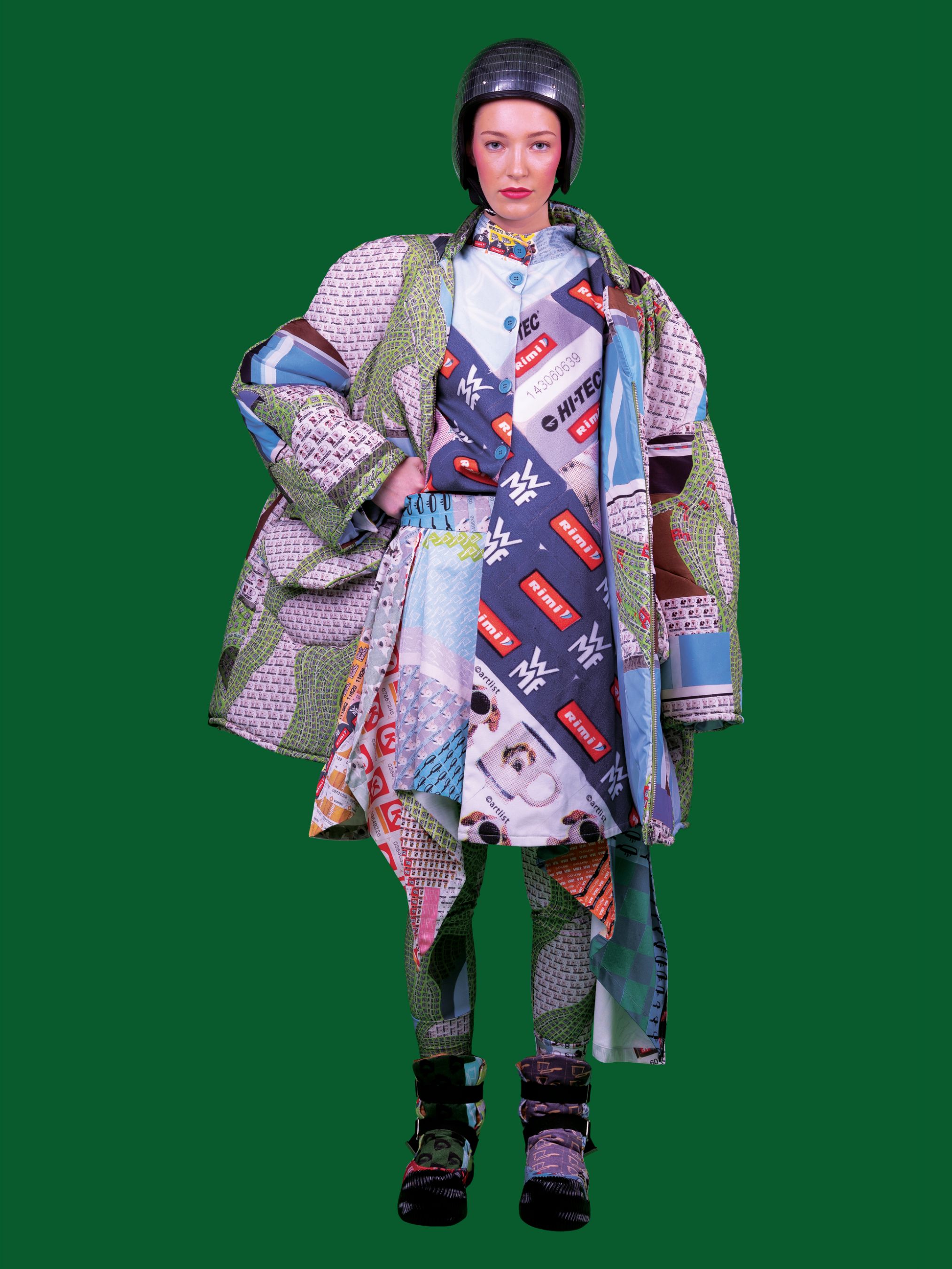 The collection draws an imaginary connection between two systems - capitalism and the Soviet regime - which represent opposite attitudes towards material things (overproduction vs general shortages of goods). Desire is present in both, but in different forms.

In the visual language of the ‘Collective Blanket’, the symbols of the two epochs are conjoined: graphics created from capitalist prize stickers (i.e. Marta's prize-sticker paintings) with their advertisement-like colors, popular brand logos, and pop-culture heroes are combined with silhouettes stemming from certain dreams and realities of the Soviet era. These include references to holiday trips by motorcycle, work in the collective farms (kolkhozes), the widespread habit of mushroom picking, and even ambitions for space conquest. The collection also includes some direct references to Soviet-era wardrobes and their availability, including the ill-fitting cube-like garments and frequent shortages in children’s clothing.

The story of the collection is rooted in our artistic interest in commonplace taste and mass aesthetics, as well as the visual vestiges of the Soviet era in the contemporary environment of Eastern Europe.